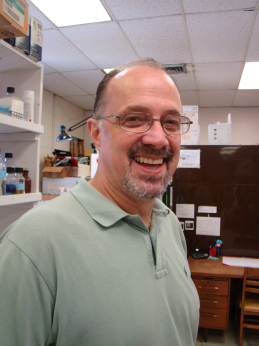 The survival and success of any organism is ultimately encoded by its genes that must be faithfully replicated over numerous generations. Elaborate enzymatic machineries have evolved that efficiently replicate DNA with incredible fidelity. However, DNA has a finite stability; it suffers spontaneous damage and it is assaulted by exogenous factors like chemicals and irradiation, all requiring DNA repair networks for recovery. Most organisms could not survive the natural rate of damage to DNA without repair enzymes. Thus, organisms (from bacteria to plants to animals) devote several percent of their genes to DNA repair functions. Many of these repair and replication systems have been conserved. First discovered in prokaryotes and unicellular eukaryotes, they have since been found in rodents, fish, and humans. The loss of DNA repair processes can be devastating for bacteria and eukaryotes. For example, mutational inactivation of human and other vertebrates’ DNA repair genes can lead to severe genetic diseases, including, hypersensitivity to sunlight, higher risk of cancer, developmental defects, mental retardation, and infant mortality.

In my lab, graduate students perform research that addresses questions about host-pathogen interactions involving the obligate intracellular bacterial pathogens (Chlamydia and Coxiella) and facultative intracellular bacterial pathogens (Brucella and Mycobacteria). From the perspective of the pathogens, we are documenting the requirements for DNA repair functions for surviving inside the hostile confines of macrophages. From the perspective of the host, we are showing that tissues experiencing persistent “bystander damage” from chronic infections have greater cancer risk. To better study these and other complicated host-pathogen interactions, we have developed a number of tools, including a new tractable animal system to model chronic TB-like infections. Students researching these topics become proficient in a variety of methods and technologies; including, molecular biology and genetics, microscopy, whole-body imaging, pathogenesis and classical histopathology. We gratefully acknowledge that our research efforts have been supported by the National Institute of Allergy and Infectious Diseases, National Institute of Environmental Health Sciences, Oregon State University, Louisiana Board of Regents and the Hansen’s Disease Center.

Students in my lab conduct research on projects that are conceptually divided into four areas. The first three are established, over-lapping programs in DNA repair and pathogenesis. Recently, we began a fourth project, the study of a new bacterial pathogen accidentally discovered in New Orleans following Hurricane Katrina.
1. We characterize DNA repair networks and determine their roles in surviving within host macrophages for Brucella abortus, Chlamydia trachomatis, Coxiella burnetti and Mycobaterium marinum. We have functionally characterized RecA, RadA, RuvABC proteins and then documented that the Brucellarecombinational repair networks plays key roles in surviving within activated macrophages. We have also discovered that this pathogen carries some unique RecA-independent repair capabilities, which is likely an adaptation for surviving inside its hostile intracellular niche. In collaboration with Dr. Samuel (Texas A&M) we have also characterized AddAB and RecA recombinational repair proteins of Coxiella. Like Brucella, we discovered that Coxiella constitutively expresses its SOS repair enzymes at high levels, presumably an adaptation to survive within macrophages.

2. We have developed a tractable surrogate animal infection system to model host-pathogen interactions intuberculosis. This TB model involves the small laboratory fish, Japanese medaka as the host which is infected by Mycobacterium marinum, that is closely related to the M. tuberculosis complex and causes “fish TB” in some species. Both host and pathogen are genetically tractable with sequenced genomes and are being employed to model fundamental questions about TB. For example, we are infecting a pigment-defective fish line with Gfp-expressing M. marinum strains and then document the anatomical locations of latent fluorescent bacteria in live, translucent animals by whole-body imaging. This model will be instrumental in anti-TB drug discovery, especially antibiotics that target latent bacterial reservoirs.

3. We are testing the hypothesis that animal populations burdened with long-term chronic infections like TB, have increased risk of cancer due to the deleterious “bystander damage” from chronic inflammation. In collaboration with Dr. Kent (Oregon State) and Dr. Winn (U. Georgia), fish that were chronically infected by M. marinum did not increase mutational loads in infected tissues nor induce tumors. As expected, animals exposed to a low dose of benzo[a]pyrene (B[a]P) had elevated chromosomal mutation frequencies but had low tumor incidence. Interestingly, exposures to both B[a]P and M. marinum induced hepatocarcinomas in more than 40% of these animals. Our studies indicate that chronic mycobacterial infections, increased cancer risk of infected tissues by acting as a tumor promoter. Our studies are the first experimental infections to confirm human epidemiological studies that mycobacterial infections increase cancer risk. Our studies in turn, raises concerns about cancer promotion risks for the more than two billion people burdened by chronic tuberculosis infections.

4. Following the Hurricane Katrina disaster of 2005, we collaborated with Dr. Rees (Univ. New Orleans) to investigate the toxicity of sediments from flooded areas in New Orleans. We documented that sediment from several locations carried high levels of toxic chemicals. We also uncovered in sediments a new bacterial pathogen that infects medaka, as well as a number of other fish species. We are characterizing this new pathogen and are evaluating if it might represent a risk to fish populations in the Gulf of Mexico.